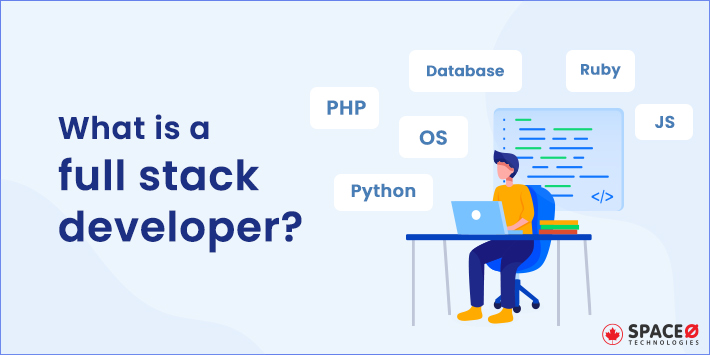 If you’re an independent technology consultant or an entrepreneur with an in-house team of front-end developers, back-end developers, DevOps, and database professionals, you may face challenges in managing the entire team and communicating ideas.

So, instead of managing a bunch of professionals/specialized developers, how about hiring a full stack developer wondering, what is a full-stack developer? who helps to cut the costs and deals with a solution quickly? Moreover, full-stack web developers can be a single point of contact for the communication of your project.

When you hire developers from a full stack development company,

Before understanding the responsibilities and advantages, let’s first understand what is a full stack developer?

To define a full-stack developer, here is a short brief.

What Does a Full Stack Developer Mean?

To be precise, a full-stack developer is a jack of all trades; can work with the JavaScript code as well as My SQL queries.

Full-stack engineers have a clear understanding of software architecture:

However, for a full stack programmer, know how to work on the client and server-side and what’s happening in the app during the development process. They can work on a web stack or native application stack depending on the client’s requirements. Thus, a full stack web developer is almost like T-shaped developers who possess knowledge of the specific language and are sound with a range of generalized concepts.

No, full-stack development is not a new concept.

During the 70s and 80s, a single programmer could handle entire applications without requiring different frameworks or technologies. At that time, there was not much difference between the backend and the frontend.

The full-stack term came into existence a decade ago when development required different levels of expertise; when it became possible for one person to develop a complete website. Today a full stack web developer is dominating the web development market. Now, let check what does a full stack engineer do.

Want to Launch Your Idea Early in the Market?

We have a team of full-stack developers who understands technologies like HTML, CSS, Database, Javascript, and PHP

What does the Full Stack Developer do?

We have also written a detailed guide on the difference between full-stack developers vs software engineers.

What are the Advantages of Hiring Full Stack Developers? 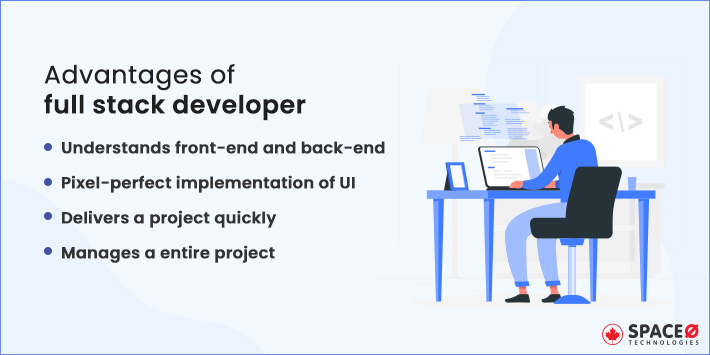 Apart from front-end and back-end, they even understand DevOps and are adept at handling all three-tier architecture mentioned above. A full-stack mobile developer is aware of the outcome and issues during development.

An experienced full stack professional has in-depth knowledge about web and mobile app development. Full-stack developers act as a bridge between the client and team; they can easily communicate the requirements and are skilled enough to identify the problems during the development. Thus their insights can be valuable for delivering projects on time.

If you are developing an MVP, a full-stack developer can work on every aspect of the project. They will ensure that they spend minimum time in the initial phase. Hiring developers and managing them separately needs time, money and effort. Full-stack developers can reduce this hassle.

One of the advantages of hiring full-stack developers is, they have basic design ability and are able to create a design structure that does not just confine them to backend web development. Since they are abreast with the latest technology and frameworks, they can implement smart features to build responsive and interactive websites.

A full-stack developer can implement the whole design structure and share innovative design solutions with the UI/UX team. Apart from web development, they can maintain and optimize the existing system.

Full-stack developers often work in a group or team, which divides the work responsibilities. Thus they can coordinate with every team member to come up with the required output.

A full-stack engineer can take up the ownership of the entire project from beginning till end. If the client has asked for proof-of-concept(POC), they can get involved in the middle of the project and quickly build the application.

After development, whether there is an issue in the front-end or back-end or at the database level, full-stack developers can quickly resolve the issues as they have a core understanding of the functionalities. Since they understand various technologies, they can provide better support and maintenance.

What Skills are Required to Become a Full Stack Developer? 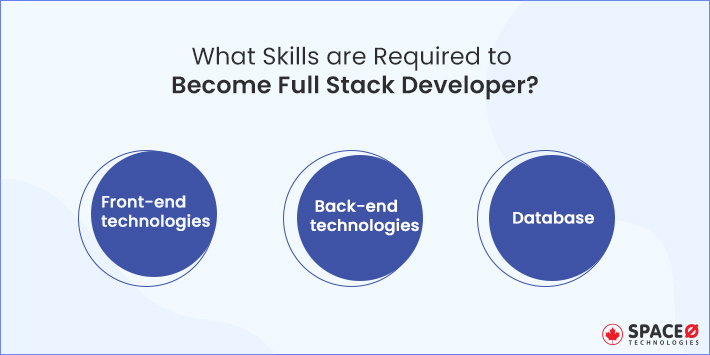 Apart from this, other stack developer skills are:

Which are the Most Popular Technology Stacks for Full Stack Developers?

What is the Salary Range of Full Stack Developers in Canada?

A full-stack developer salary is based on experience and technical expertise. 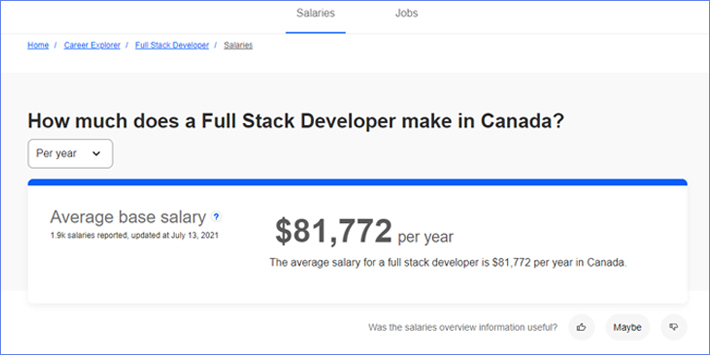 Which are the Highest Paying Cities in Canada for Full Stack Developers?

According to Google Trends Canada, the future of full-stack developers seems promising. 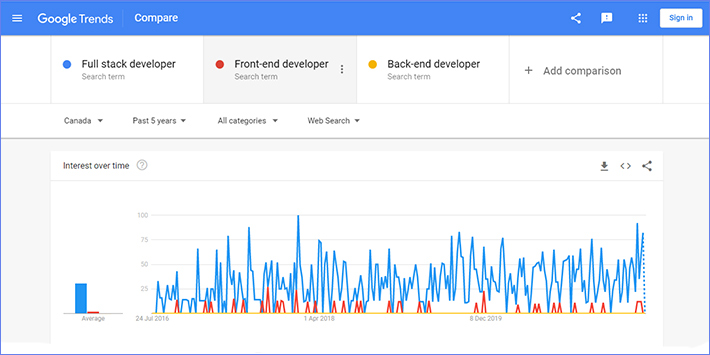 According to HackerRank 2020 Developer Skills Report, 38% of hiring managers said that full-stack developers are the most important role they needed to fill in 2020. 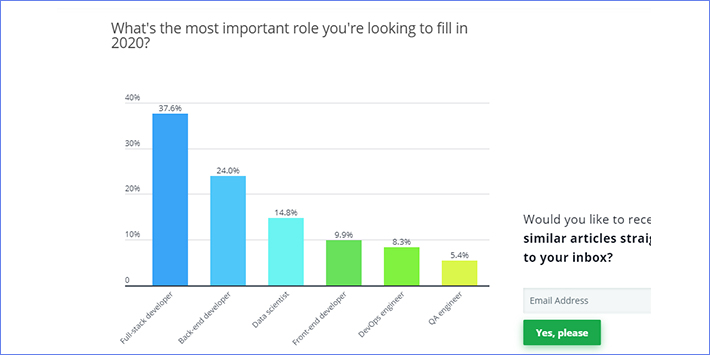 However, this role is a challenging role as they need efficiency and technology knowledge in multiple frameworks.

The value that a full-stack developer brings to a company is priceless. Full-stack developers have knowledge of versatile technologies. They are not experts in all the domains but certainly understand the scenarios and requirements. Thus, they can propose new ideas using various tools, frameworks, and languages.

You can hire our dedicated full-stack engineers for your project who can build industry-specific web and mobile applications like an on-demand delivery app, and youtube intro maker app. Consult us today.