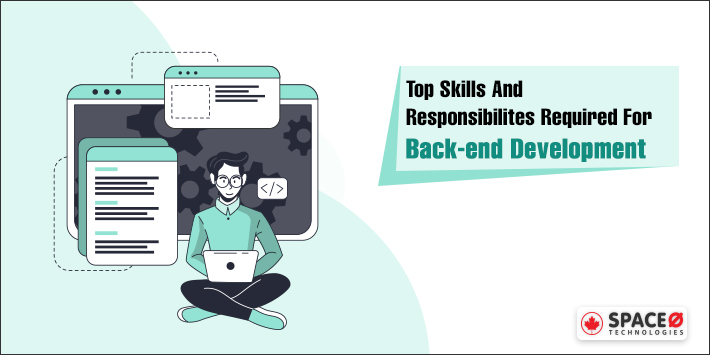 There are about 1 billion websites – live on the internet. (Siteefy).

Now that’s huge. To operate such websites, there needs to be a mechanism to keep everything sailing smoothly, right? Well, that’s exactly what is Back End Development does.

While what we, end-users, see visually on the websites – essentially all that accounts for user experience and that all related to Front-End Development. Backend Development is what keeps the websites and web application running smoothly behind the scenes.

What is Backend Development? 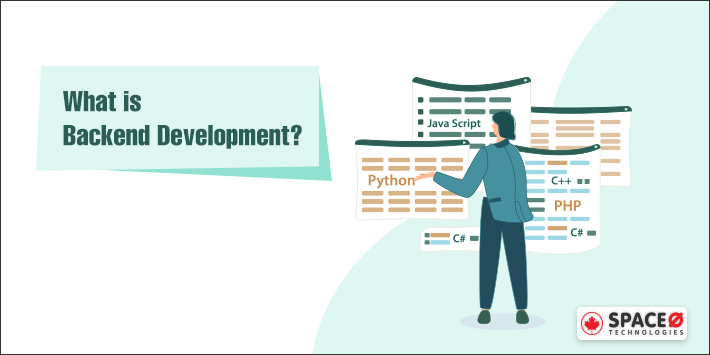 As discussed earlier, there are gazillion websites on the internet, and for them to work effectively, we need backend development tools.

For example, you are reading this particular article right now on our website. Currently, whatever you are reading and seeing with your eyes – all the user experiences – the font, images, and text is related to the front end development.

On the other hand, this article’s content is being rendered from a server and fetched from a database. This rendering and fetching of data are all related to backend development.

Backend is, thus, related to server-side development and involves all the behind-the-scenes processes whenever you are doing an activity on a website.

It is the code that makes a website work. This code essentially acts as a communication medium between the database and browser for the exchange of information. 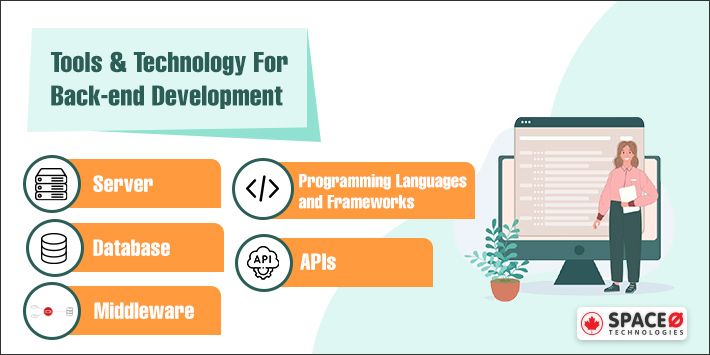 Now that we understand what backend web development is, it is time to dive into the technology and tools involved in backend development.

Backend, in essence, is all about the effective exchange of information between the server, database, and browser.

Unlike front-end development, which is mostly based on HTML, CSS, and JavaScript, back end web development has a lot of aspects to it, and we will discuss them one-by-one.

Are you looking forward to hiring an experienced back-end developer?

What are you waiting for? Connect With Us!

Here, we’ll discuss the 7 popular backend programming languages that are preferable for developing the backend of the application. 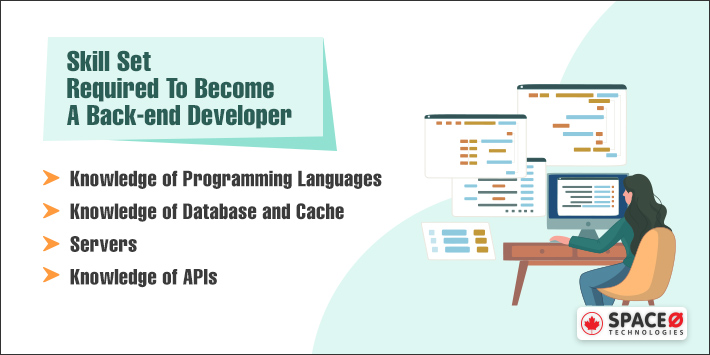 Below we have mentioned some of the backend web developer skills–

Hire a professional backend developer who has all these skill-set and let him handle all the technical things for you!

Roles and Responsibilities of a Backend Developer 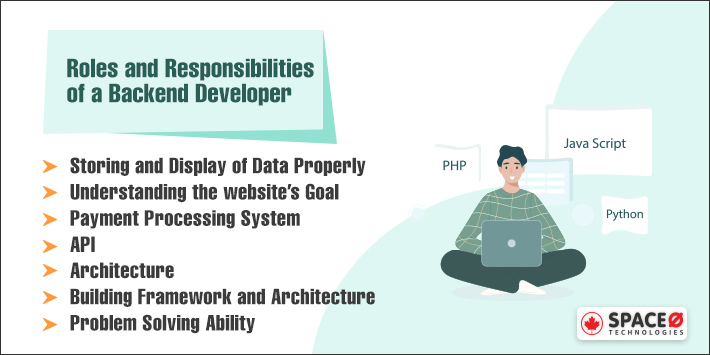 Understanding the website’s Goal – It is the back-end developer’s responsibility to understand the website’s goals and develop strategies that help attain them.

API – You will manage resources that can work on multiple devices.

Architecture – You might also be involved in the architecture of a system and Data Science analysis.

Building Framework and Architecture – You will have to build architecture or frameworks for easy programming.

Problem Solving Ability: As a backend developer, you should implement proper solutions to the problems related to the system and algorithms.

Still have some queries or questions? Check the following FAQs section.

Being an entrepreneur, if you are looking for the professional back-end programmer, who has hands-on experience in delivering advanced quality backend development services, then we, at Space-O Canada, has a team of backend developers to suffice your needs.

If you have any queries or questions, get in touch with us through our contact us form and one of our representatives will get back to you shortly. To get such informative blog posts directly into your inbox, subscribe to our newsletter today!