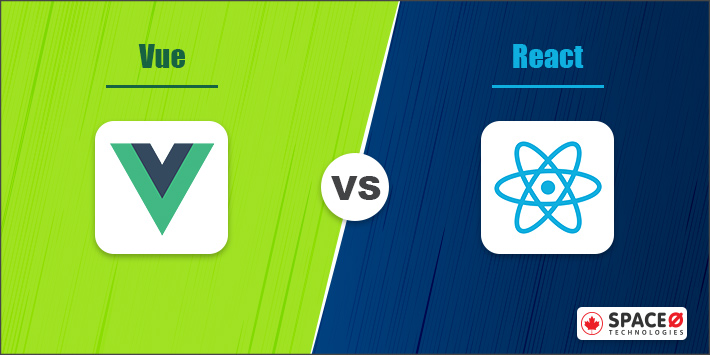 Vue vs React – two of the most popular javascript frontend frameworks for web apps! Both have gained a great deal of acknowledgment from developers and are commonly used over the last 3 years.

Although their technological structure is somewhat different, they are frequently compared to each other due to a common collection of features that make them compete in the market for a web development process. But each framework has its own way to respond to the business need. So, each time you start a project, you face a tough choice. React or Vue?

To make things simple, we have compiled a detailed React vs Vue comparison. Let’s get on it. 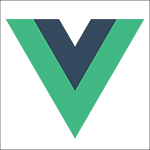 Vue.js is an open-source Model-View-ViewModel front-end JavaScript platform to build user interfaces and single-page frameworks. Vue modules broaden common HTML templates to encapsulate reusable code. It was developed by Evan You after working on a variety of projects for Google using AngularJS. Check out the detailed guide on what is Vue js framework and it’s Pros & Cons.

Evan You Quoted: “What If I extract the part that I really liked about Angular and build something really lightweight.” 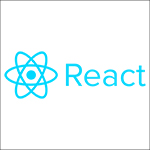 React is an open-source JavaScript library to develop front end user interfaces or UI components. React can be used as a base for creating single-page or smartphone apps, which has been maintained by Facebook and web developers ever since Jordan Walke launched it.

React, however, is primarily concerned with state management and getting the state to the DOM, so it usually requires external routing libraries to be used to build React applications.

The main difference between Vue vs React is that React is a Library, and Vue is a framework. ReactJS’s role is to handle the view layer of the mobile and web applications. Vue’s role is to create one-page applications and web interfaces. Check the difference and similarities in-depth further in this blog.

A Detailed Comparison of Vue vs React

Each analogy includes not only differences but also similarities. And certain of them are shared by React and Vue.js are as mentioned below.

Performance of Vue vs React

Here, we are talking about speed performance, and there are two main metrics that determine the speed of an app,

What will be the consequences of your page heap size before and after? Look at the below table.

Architecture of Vue vs React

Talking about component-based architecture, the elements of the program should be replicated on your own in various areas of the framework in different situations and should be easy to understand.

Documentation of Vue vs React

The goal behind good documentation is to organize the details, create a portrait of the application, analyze thousands of expectations, draw out information, identify the priorities, and target C of the project.

Tough times deciding which is best for your app product?

Our expert team can help.

For any web application development, when the developer connects the business logic data to UI components, there are two ways to handle this data synchronization. One way binding and two-way binding.

The javascript frameworks we are debating are called the “big two” for a reason.

Let’s start with the Stack overflow survey 2020 for most loved web frameworks! 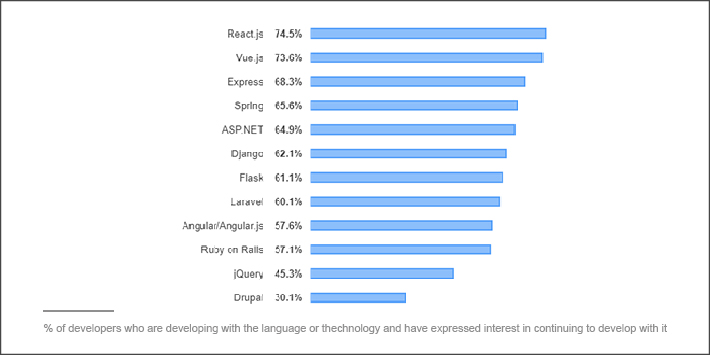 Based on the number of questions raised by the experienced developers currently operating within the specific platform, Stack Overflow revealed that React.js and Vue.js are among the developers’ most loved and most wanted software platforms.

However, when it comes to sheer popularity, you can see React.js leading it in a big way from the below NPM trends in the last 6 months. 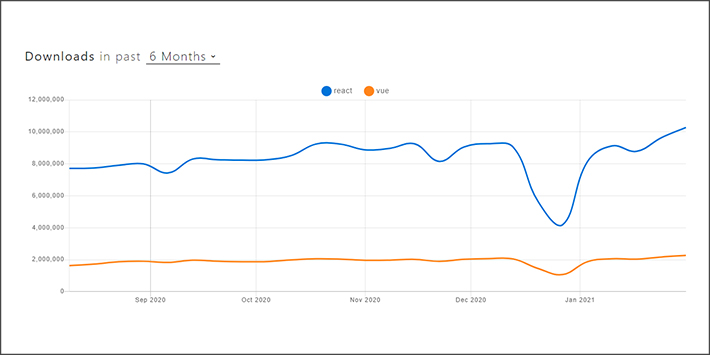 Popularity debate without naming Google? Look at the below-embedded data from Google trends. This breaks down quest patterns for React jobs and Vue search over the last 12 months. 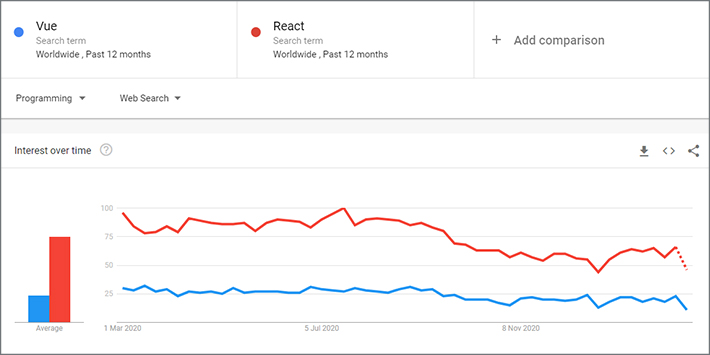 Though Vue has gained traction in the last three years, it may take some time for Vue to be used by projects or new Vue-adopted projects to achieve a maturity level that commands a greater number of developers, in comparison to React.

State management refers to the data sharing between all web components of the UI. When your system gets larger, without unwanted side effects, it gets harder to handle this data.

Community Support for React vs Vue 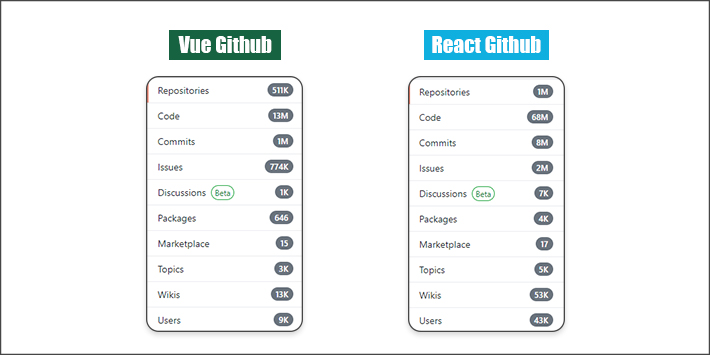 The numbers mentioned above tell the same tale in terms of group participation, with react leading the pack. Facebook engineers make React the fastest-growing tool in the world of developers. But, how famous Vue.js is with the open-source community, even without the sponsorship of a top-level business, is commendable.

Components, no matter whether we’re talking about Vue or React, are indispensable parts of all frameworks. In general, a component gets an input, and depending on it, changes actions. This change in action normally presents itself as a change in the UI of some portion of the website. The use of components makes code reuse simple.

Now, let’s talk about how hard each of these frameworks to learn!

Writing codes on a platform and compiling them to Android/iOS apps is a big task. So, let’s see how both javascript frameworks handle it.

Want to build an app using Vue or React, but no idea where to start?

Share your requirements and our developers will guide your further.

Pros and Cons of React vs Vue

When you conceive a project proposal, the pros and cons need to be looked at. These are, however, relevant from the point of view of a company owner, and few from a technical point of view. Take a look.

Know more about the in-depth pros and cons of React Native from this blog.

The selection always comes down to the specific case for most technology. So, let’s understand which situations are better for React and which are best for Vue.

Vue or React for your app? Can’t decide?

We have an experienced development team to help you.

Popular Use Cases of React and Vue

Globally renowned providers and software make use of both Vue.Js and React. Let’s list down some of the big names using Vue and React.

To sum it up, it is interesting to note that Instagram and WhatsApp services belong to Facebook which still uses React.

For modern web apps, both libraries are a perfect alternative. With support from companies and a large open-source network, React is the battle-tested leader. While Vue is a rising star of front-end development.

So, once you choose the framework that fits your organization and is ready for your project development, you can approach a technology partner like Space-O, an application development agency in Toronto. We build minimum awesome products to large-scale applications using Vue and React. For more queries, contact us and our experts will get back to you!