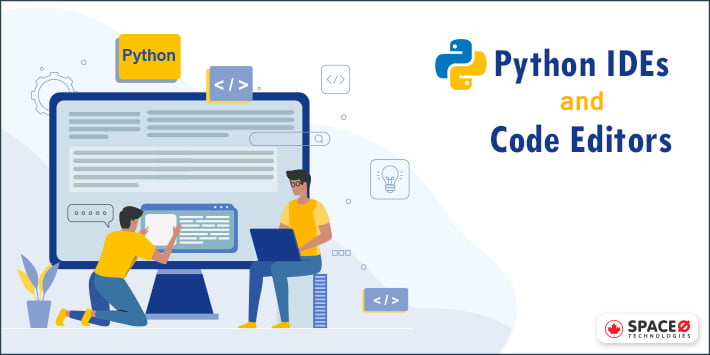 Python…one of the best programming languages in the world. So needs the best IDE for Python to make things simple. But which one is the best Python IDE for you?

We understand the value of Python IDE and code editors as you can manage a large codebase and achieve quick deployment with it, but it’s still difficult to pick the right one for your particular project. From programming languages to project type to OS support, there are a number of other functionalities that affect the IDE selection. So here we will discuss the top python IDEs in detail to use in 2021. Keep reading.

What is the IDE (Integrated Development Environment) and Code Editors?

Before we start, be clear of the meaning. An IDE is an app suite that centralizes the basic resources needed for writing and testing an app. It basically improves the productivity of programmers by integrating software writing tasks into the app.

While, a code editor is a lightweight software that allows you to write and edit code with other functions, such as highlighting syntax and formatting code.

While you’re wondering about the best IDEs and code editors, here we have curated the most essential requirements for code editors that we can’t afford to overlook. So, check it out and keep these points in mind while selecting the best Python IDE.

Need a Python expert to integrate all feature-functionalities into your app project?

10 Best Python IDEs and Code Editors With Pros and Cons

For a detailed comparison, let’s start with the most basic one.