We have developed an airplane inspection system for one of our clients in Arizona, USA. This solution eliminated manual paperwork, 80% of duplication work and automated the process with reliable and concrete data. Looking for customized aviation maintenance solution?

Our design teams have understood the technologies and trade-offs involved in order to optimize the entire system performance for our client.

Our client for Brakes off aviation application is from Arizona, USA. He is currently handling a leading aviation management company in the USA, which delivers FBO (Fixed-base Operation) services to the private jet owners.

The service mainly includes a walk-around intensive inspection of the aircraft, which includes:

Plus, the inspection of

In short, inspecting every little point which ensures the airplane safety for next flight, making a paper-based report of it, and getting it acknowledged by the owner/pilot of the airplane. But, there was a critical challenge in this process. 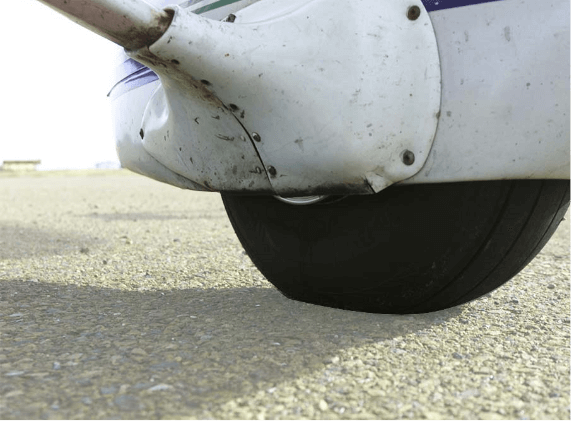 Challenge – The Lack of Reliable Data

At first, the whole aircraft inspection system seems perfect. But, no. That alone was not enough for our client, because this paper-based data was not totally reliable.

During this 15 minutes walk-around inspection, when they notice any defect, they used to note it on a paper-based report, one by one. Completing the whole inspection process, they present this report to the pilot and get it acknowledged.

Let us show this paper-based report to you so you can get the better idea of it.

This is how our client used to take notes during the preliminary inspection process.

But, in this process, client observed unreliability of this data, as there was no strong evidence, like photographs of the defects were involved. It has to be taken separately, without clear information regarding the defects.

In short, no stronger evidence against any insurance claim, as they did not have any visual data on arrival/departure conditions of aircraft. 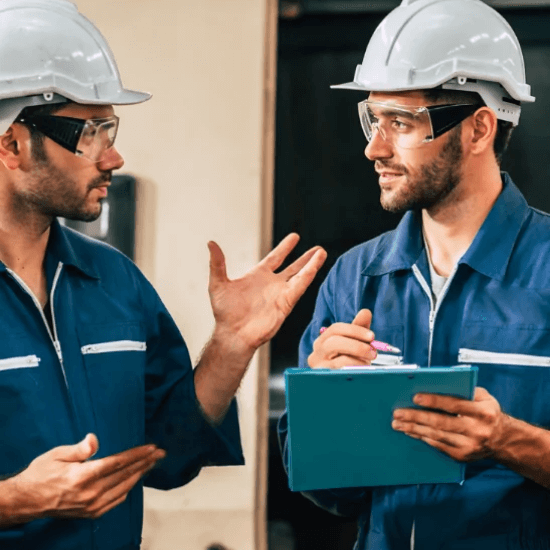 This whole aircraft maintenance inspection process requires a lot of detailed and manual paperwork. That means the chances of manual errors increases. And, of course, there is no scope for a single error in aircraft safety.

During the shift change, it requires very good penmanship to clearly convey the exact on-arrival and on-departure conditions of the airplane. See the comments and general section in the following image. A single mistake or a small miscommunication in writing can lead to the duplication of paperwork. 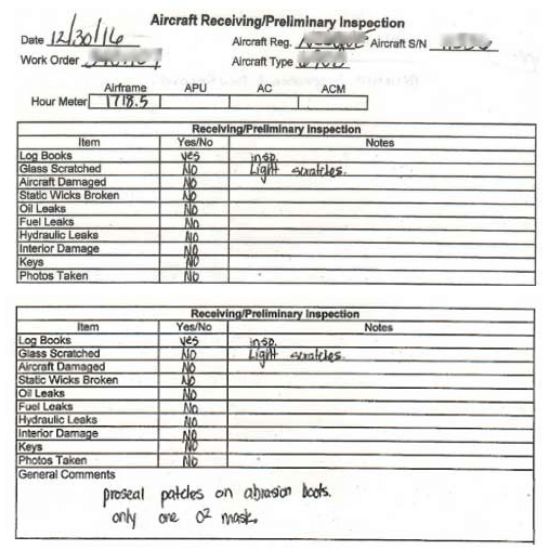 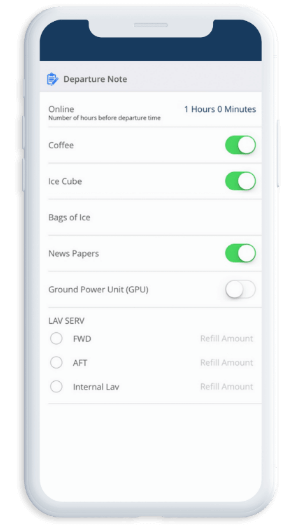 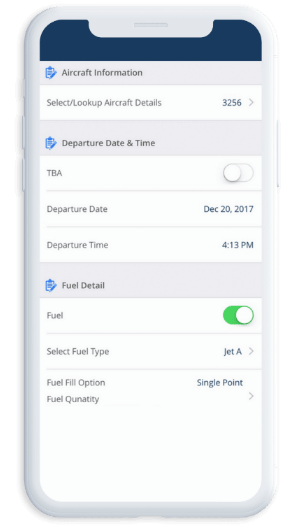 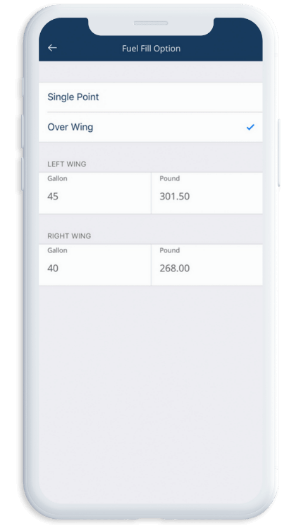 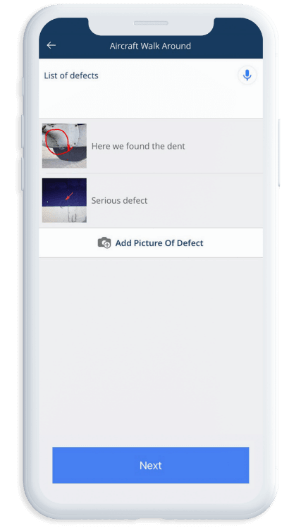 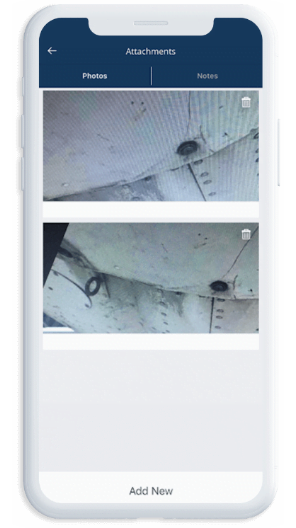 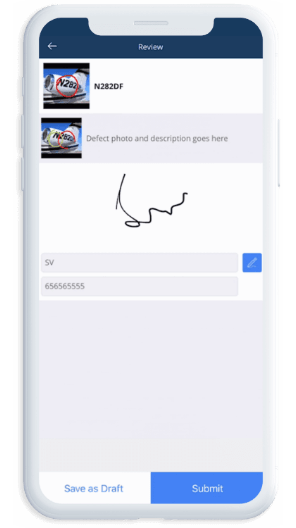 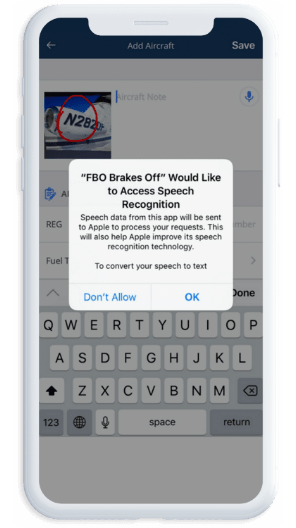 Our Client Was Looking For a Solution That

Do you also face any such problem when generating or maintaining daily reports?

Want to automate the whole process of running your business?

To clearly understand the problem, our team visited a client in the USA. The client explained to us the whole process in detail like how they do aircraft inspection, how much time do they take, what are their major challenges, and what kind of solution do they expect.

As a solution, we delivered a mobile application or we can say aviation management software – Brakes off App, which turns any smartphone or tablet into a cloud-based inspection software for FBO service providers.

Let’s Have a Look at the Application and Its Core Features
01. Creating Arrival and Departure Report Was Never This Easy

When the FBO operator performs a walkaround inspection, there are certain common points that he needs to check. We wanted to make it as simple as we could. The common requirements like

So we analyzed the common requirements and integrated it into the aviation mobile app itself. Now, with newly developed Brakes off App, any FBO operator can easily create on arrival and departure inspection report with just a few clicks on this FBO inspection app. This integrated functionalities, in fact, saves a lot of time of the FBO operator.

Let us show you how we made this process simple. In the following screenshot of Brakes off app, you can see, now it’s very easy for the FBO operator to gather the fuel and departure details in the application.

Also, this app has a detailed section to collect the fuel details, like

Check out the following image. It is the collage image of 3 different screens of Brakes off app, which collects the detailed fuel information on the arrival of the aircraft.

02. Capture Photographs as a Reliable Data

Without aviation apps for iPhone, earlier, an FBO operator needs to make a note of any defect on the report. But, that’s not the case with Brakes off App.

Now, with the Brakes off App, an FBO operator can directly take the photographs of any defect spotted during the walkaround inspection process. The cloud-based system saves these photographs, which means they are easily accessible and secure.

In the first screen, it shows the functionality, through which an FBO operator can add the pictures of defect. And, on the second screen, you can find a list of multiple defects captured by FBO operator, along with its separate description.

03. With Siri, It’s Easier to Get Detailed Description in Less Time

Before this application, if the FBO operator notices any defects on the aircraft, he used to note it down on the paper-based report as shown in this image because of the unavailability of aviation software solutions.

But, there was a problem.

In Brakes off, one of the feature-rich Android aviation apps, to resolve this issue, we have used the Siri as a solution. Let us show you how does it solve the problem.

With Brakes off app, the game is totally different. Now, the FBO operator does not have to worry about penning a long detailed description. Just take a picture of the defect, press the Siri icon, and start describing the problem. The Siri will automatically convert speech into the text.

See this image. When any FBO operator presses the Siri icon for the first time, it will ask for permission. Once allowed, it will start converting speech to text. This function reduces the overall time of noting down the detailed defects. In the second screen, you can see the example description along with the defects.

04. The Power of GPS-based Report

To resolve this issue, Space-O team came up with one of the best aviation apps for Android and iOS platform.

Once an FBO operator completes the whole aircraft inspection process and saves the report, Brakes off app captures the original location of FBO operator with the help of the GPS system.

For example, when an FBO operator submits the inspection report from the Washington airport, Brakes off, one of the top iPhone aviation apps, will automatically take the current location of the mobile device and save it along with the report. And, that happens with all the inspection reports. Hence, it creates concrete evidence against any unethical insurance claim.

Brakes off app will show this message when an FBO operator tries to submit the aircraft inspection report.

Once allowed, it will save the final report in the cloud-based software. In the report, you can see location-based information as shown in the below image.

This data gives the exact location-based information, which can be used to prove the authenticity of the location. 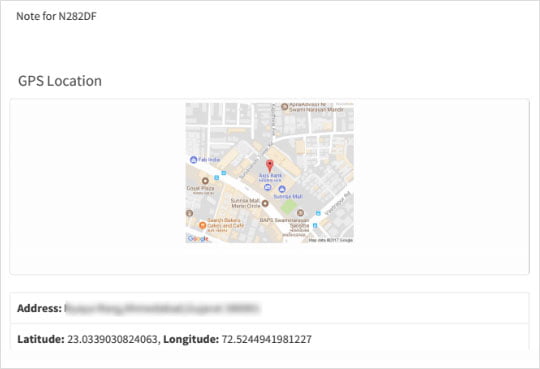 05. Use Digital Signature for the Inspection Report Acknowledgement

Our client used to take the signature of the pilot or owner as an acknowledgement, after the walkaround inspection process. So our client wanted us to integrate this acknowledgement process in the application itself.

Considering his request, we integrated a digital signature feature in the app. With the help of Brakes off app, now, once an FBO operator completes the whole aircraft inspection process, he presents all the major defects to the pilot, and get the digital signature as an acknowledgement.

Check out the following screenshot which shows the digital signature of the client, taken as an acknowledgement from the private jet owner.

06. Being on the Same Page by Sharing the detailed Report

There are endless conditions where an FBO operator needs to find previous inspection reports of particular aircraft.

But, with the traditional paper-based system, it was a very time-consuming process to fumble gobs of papers and find a particular report. But, we also resolved this problem.

With Brakes off app, for any FBO operator, it’s very easy to find and share particular inspection report. It can directly be emailed from the application itself. This saves a lot of time and helps FBO agencies to be on the same page with the aircraft owner.

A detailed inspection report which includes:

Take a look at how this inspection report can easily be sent to anyone with the minimum efforts.

Offline Support The solution can be accessed on the offline mode, means, an FBO operator can take it to the remote site and use it to track the arrival and departure conditions of the aircraft, later when the internet is available, it will synchronize the data automatically.

Eliminate Duplication of Work by 80% This FBO inspection app has eliminated the duplication of work and manual errors.

Reliable Data It gives concrete and reliable data, which can be used against any unethical insurance claim.

Any Query or Confusion?

If you are looking for aviation apps development in almost any field like FBO, MRO, Flight Tracking, or Navigation, get in touch with us. Let’s discuss your idea and make it a reality.