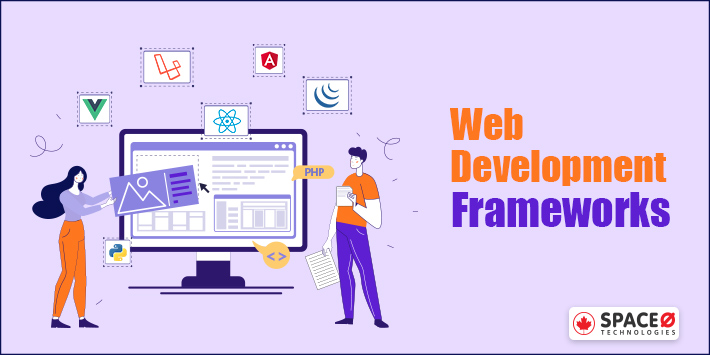 Do you have a web app idea but wondering which can be the best framework for your project? Which is the fastest, most reliable and scalable framework in 2023?

If yes, this blog is for you.

This table includes the best frontend and backend frameworks list with detailed comparison.

From RESTful APIs to full MVC web frameworks, let’s start with some of the most versatile backend frameworks that you may be interested in learning in 2023.

We have a development team to help you through your business.

Going ahead, the below list represents the best web framework to use in 2023 for front-end web application development. Take a look.

Angular is one of the popular web development frameworks built on open source JavaScript. It was developed by Google and a group of developers. If you’re developing large-scale, high-performance web pages and websites, this open-source web app framework is for you.

While Angular is not entirely a complete stack platform, it can be used as one of the best frontend frameworks for creating client-side applications and web pages for single applications (for both mobile and desktop).

Angular also use Typescript frontend technologies, which is a JavaScript framework superset, in addition to HTML and CSS. It also comes with web development tools that assist you in your tasks to achieve clear coding.

YouTube and Google Translate are some of the use cases of powerful Angular. 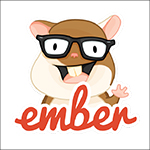 This famous web framework was first published in 2011 among experienced developers. It provides an impressive set of main features and tools that make mobile applications easy to develop. Like Angular, this component architecture is also focused on two-way data binding, which allows web development very fast.

Also, when it comes to making a complex application, Ember has a stellar reputation and has been used by businesses including Google, Microsoft, Netflix, and Heroku.

It has a large, and supportive group made up of committed developers who are excited about their ability to boost their productivity. 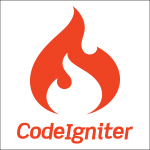 Created by EllisLab, CodeIgniter is a common PHP web app framework for web developers looking to create interactive sites. What sets this solution apart from the others is that it requires absolutely no setup. It includes a large set of libraries that are monolithic.

CodeIgniter web application development framework is also a lightweight system, which is an excellent option if you’re looking for superior results and solid protection. Plus, you can get to know the ins and outs in no time, due to its straightforward documentation and ‘how-to’ guides.

Bufferapp, The Mail, and Guardian are among the popular websites developed using this platform.

Want to leverage the power of a web development framework to give your business an edge with powerful apps?

Tricky or not! Once you choose the right web framework for web development projects, you can leverage the various advantages provided by common web application frameworks, such as increased reputation, and focus on a thriving developer culture.

The best choice for your projects would depend on your level of expertise, as well as what particular programming languages you choose to use. For instance, React serves developers as an efficient JavaScript framework, Django runs on Python, and while Laravel is a powerful PHP framework.

So, if you already have brilliant app ideas for your business, one you think users worldwide would enjoy and embrace, this is the chance to plug the void in demand-supply, so don’t delay and approach us. We are a web development company in Canada, transforming business operations with smart technologies for years.

For further queries, write to us at any time. We are happy to help.